Data loss takes many different forms and can range from small to large on the impact scale, sometimes whipping out a company if the data is critical or sensitive. Data leaks can also have huge side effects but it is possible to recover but with permanent data loss, you cannot. Data backup and recovery systems can aid you in protecting your business against the many different types of data loss and show us why we such systems should be part of your core goals. 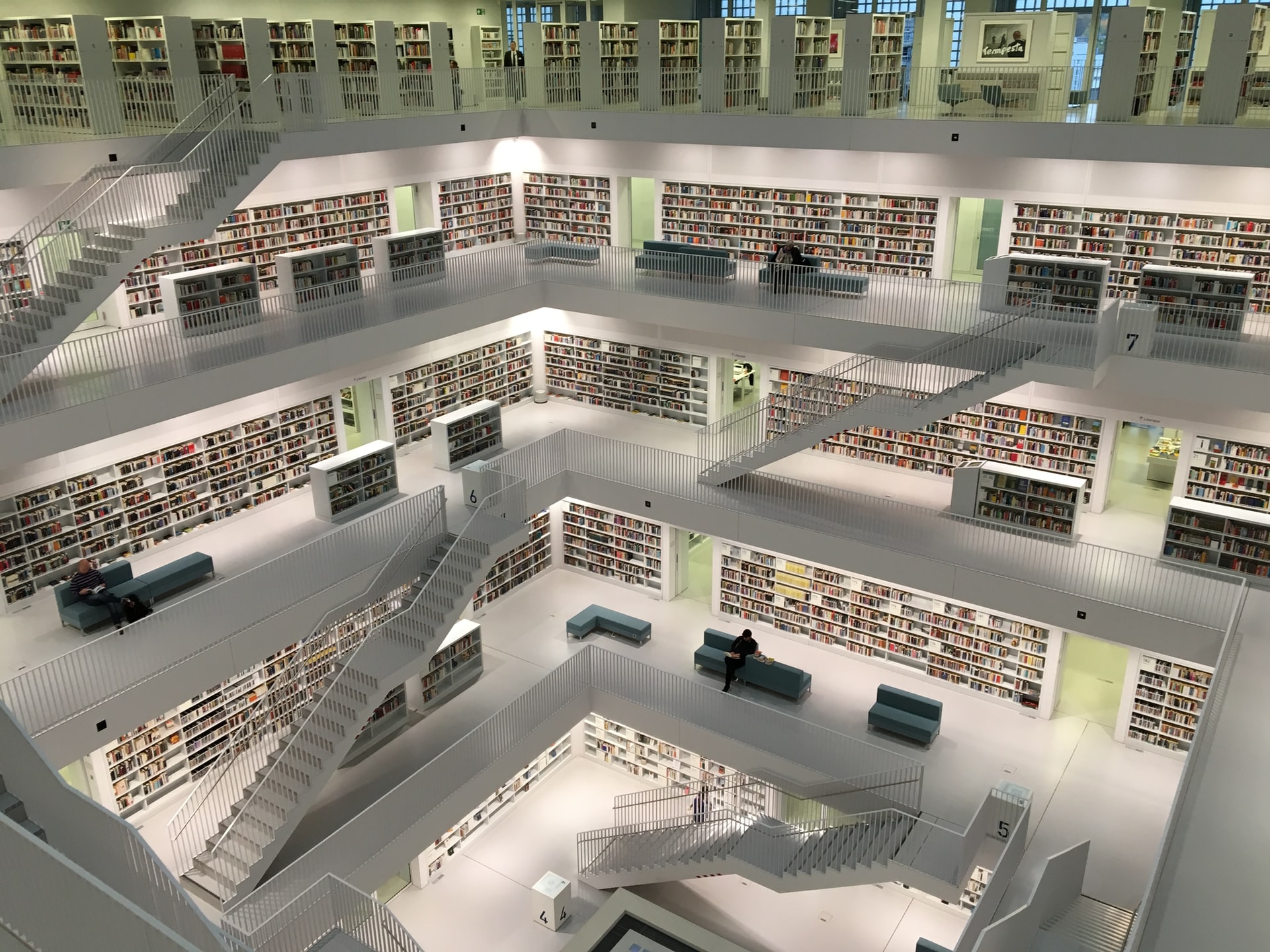 Data loss is serious problem in the world, it doesn't matter the size of the company, losing data can be detrimental. Loosing databases, files or servers means you lose time, money and potentially users/customers. But we can fight against data loss relatively easily. Information is essential to your business and data backups should be too.

While small or less important data loss events may occur and businesses may be able to recover, around 70% of small firms go out of business within a year of a large data loss incident - Something which could be avoided with a proper backup system and usage of a DRaaS (Disaster Recovery-as-a-Software) solution, something which Luke Embrey talked about in more detail.

With the impact of data loss known it is vital to understand more about the most common forms of data loss, otherwise you may not know how to stop them or make sure you have a plan in place to recover. If you handle user/customer data at scale, you should have a backup and DRaaS solution to protect both parties.

Awareness is key against data loss#

There are many causes behind data loss and many factors to consider, each one poses a unique problem for data recovery, you need to understand the most common data loss factors to understand how to use a backup system to protect yourself against them.

Awareness of the different types of data loss is essential to help prevent them from happening. But you also gain the power to recover from data loss and keep your company continuity.

No one is perfect - We may always stride to do the right thing but we can't always be perfect, humans make errors and that is just a fact of life. But human error can cause data loss, unfortunately.

Errors such as accidental deletions, overwrites or updates can be the cause, sometimes people make mistakes and end up losing data without realising it or by taking risks because people don’t fully understand what they are doing. A proper backup and recovery system could help solve this and by knowing when to ask for help, something which can be solved with training and culture encouragement on sharing problems in the workplace.

Companies that use a range of software, this could be websites, native apps or mobile apps etc. they are all at risk themselves to viruses and malware. A lot of the time viruses and malware may not be directly targeted at a specific company but have more of a global target audience.

Malicious software which finds its way in due to vulnerabilities or security holes can steal, delete, manipulate data or crash servers. Viruses and malware take many forms and can do literally anything, that’s why malware analysis’s spend days figuring out what this kind of software does when its new or has a different file hash/fingerprint etc.

A computer network or application may follow the best security protocols but social engraining is another attack to get in. Email-based attacks, employee phishing attempts or even blackmail/manipulation. Anti-virus software may help prevent known attacks but won’t always protect you from new ones. But a backup system and recovery plan will, if your backup system is isolated and you backup in more than 1 location, you are well prepared. You shouldn’t rely on a backup system as a first line of defence but it gives you options and choice when something bad does happen.

Often backed up data is the only way to recover but it could also be backed up cloud infrastructure as well, not just data.

Ransomware is a type of malware which will encrypt all your data, this kind of malware encrypts anything it can, usually looking for sensitive or critical data that would halt company operation. All done so that a ransom can be collected from the victim to unlock databases, files or servers.

However, ransomware should usually never be paid, there is no guarantee you will even get a decryption key or that all your data is formatted correctly. Even if you pay the ransom, your data may have been corrupted, this is why a backup and recovery system is a better choice, if you have a decent and frequently tested backup system, a ransomware attack should be less worrying, of course its serious but at least you can recover. Additionally, paying a ransom only incentive's the malware authors to continue.

With huge examples like WannaCry or CryptoLocker, they caused immense global epidemic that launched havoc on thousands of computer systems. Everyone to small and large businesses are affected, the frequency and persistence of these ransom attacks are growing and it isn’t going anyway anytime soon, everyone’s data is up for grabs by these malware attackers. On the contrast, these attacks can be avoided and slowed down if everyone adopts better backup and recovery practices.

Things to look out for when avoiding these attacks:

And my favourite one... Backup your data! Databases, files and servers can be easily recovered if you use a SaaS system like Bakup.io, a services which I am a co-founder of, something that I will talk about later.

This one isn't the highest on the list for data loss but its still a possibility. Power loss can affect different situations; a data centre, office computers or networks could be interrupted by power outages. Data may be lost due to unexpected power cuts. An improper shutdown of a computer system could result in corrupting current files, servers may not start up correctly after a power cut and a backup may be required to go back to a usable state.

A power cut doesn't even have to be unexpected, it might even be an employee who accidentally shutdown a server during an update and didn't realise it was not complete, improper shutdowns don't always end well. Protect yourself against this easily avoided cause with regular, automatic server and data backups.

We may think data centres are some of the safest places on earth for our servers and the data they process or store but truth is, they can be affected and it will happen.

Data centres are not indestructible, tornadoes, fires, floods and earthquakes can easily knock out a whole data centre. Yes, these places have systems in place to protect against that but just look what happened to OVH and the fire they had, which “destroyed one data centre and knocked two others offline. It took 100 firefighters and 43 fire trucks to fight the fire in the five-story building.” – In the end they had no choice and had to tell their customers to expect no data to be recovered.

OVH were telling customers to “enact their disaster recovery plans after the fire has rendered multiple data centres unserviceable” – This could be easy for some but many relied on backups within the same centre. Showing why triple replication and geo-redundant backups are important. Another reason why you should not rely on just one or two data centres, make it multiple instead and spread your data around, high availability helps in situations like this.

Don’t lock yourself in with one provider either, use a backup service which works with multiple providers, this way a natural disaster is less likely to wipe you out.

Computers most of the time work pretty well, they would not be useful to us if they were always breaking down or hardly worked for us but sometimes, they don't. The possibility of a hardware or software crash isn't nil. A system failure can corrupt valid files, delete progress, loosing valuable data.

Sometimes there are bugs in hardware and software and it can cause data loss, it’s uncontrollable and usually no one’s fault. This is why a backup system is useful, being able to restore data after a corruption incident will help save valuable company or user data. Corruption can also be caused by viruses and malware, this kind of software is not always fully tested before released so it could have issues.

Just like viruses and malware, hackers or even employees can perform acts which result in data theft or network destruction, putting you in some serious situations. Whether it be a targeted attack or not, you have to be on top of your game with security.

Data breaches are becoming more common over the years, data is very valuable and it sells online. If you are breached, you have to contain the hack as quickly as possible while considering your online availability to your users/customers, continuity is important.

Hackers look for ways in and they will perform different tasks to try and access your network, being aware of existing exploits like Cross Site Scripting (XSS), SQL injection, Cross Site Request Forgery (CSRF) and failure to restrict URL access and many more, helps prevent known attacks, always remember to research and make sure your software is not vulnerable to existing exploits.

As stated in the title, sometimes it can be employees (insiders) who targeted you and steal or compromise a company. A permission system is key here, something which tracks or audits employee usage can help and keep an eye for malicious events.

The best course of action against hackers is to impose strong security and have regular audits to ensure your systems are still secure. And a final defence is having a good backup system, allowing you to recover from unfortunate data breaches or hacks.

As I have said throughout this article data backups and recovery systems are important and are the final defence against all these data loss incidents, while you should always take preventable measures with security and integrity, backups are a key part in keeping your company alive.

As I said earlier on I would talk a bit more about a service which I am a co-founder of, that is Bakup.io. This article is about the different types of data loss and how they can affect a company but I want to offer a solution to all these problems. Even though these types of data loss are scary, even if they actually happen, if you can recover form them, usually the business will be fine and that is the most important thing. Data is stored in many ways, databases, file servers etc. and this means you'll need a flexible services to handle such tasks of keeping that data safe and that is what you should look for.

Because our data is becoming more valuable and complicated in the way its stored and processed, the times have gone where a simple backup system would suffice, the requirement for a unique, secure and feature rich system has already passed, data is evolving and so are the solutions that aim to keep our data safe.